Some pictures of the crew: 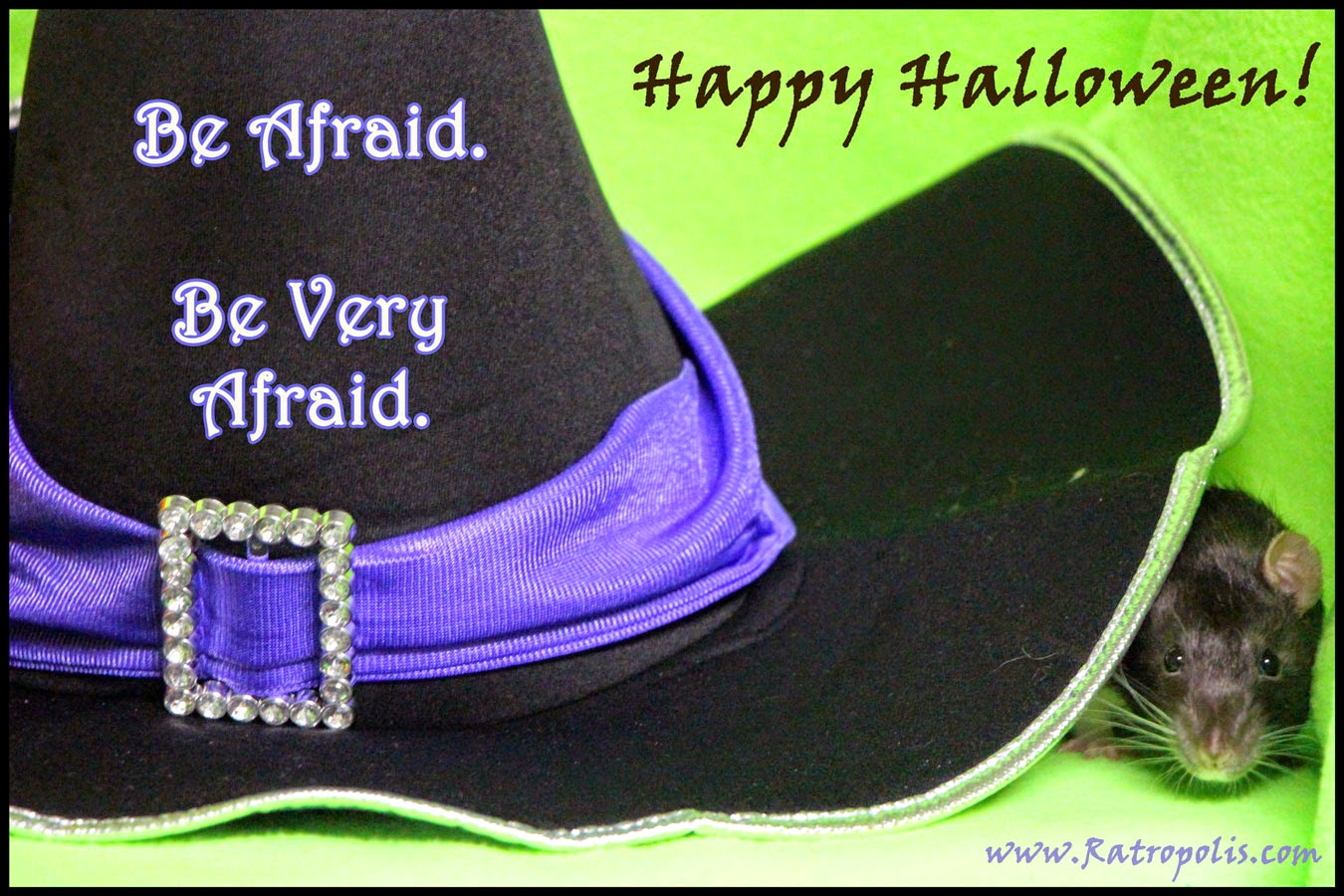 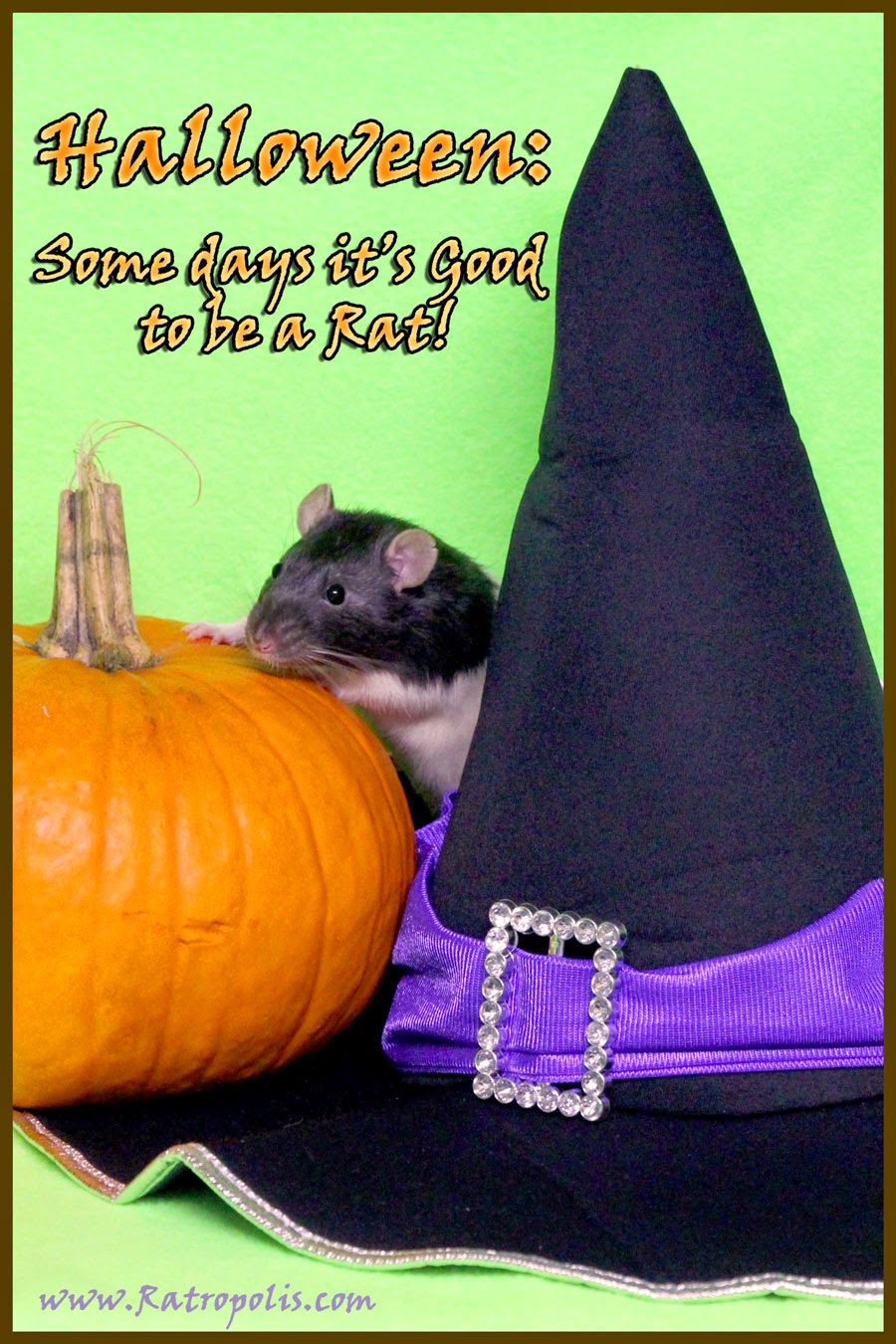 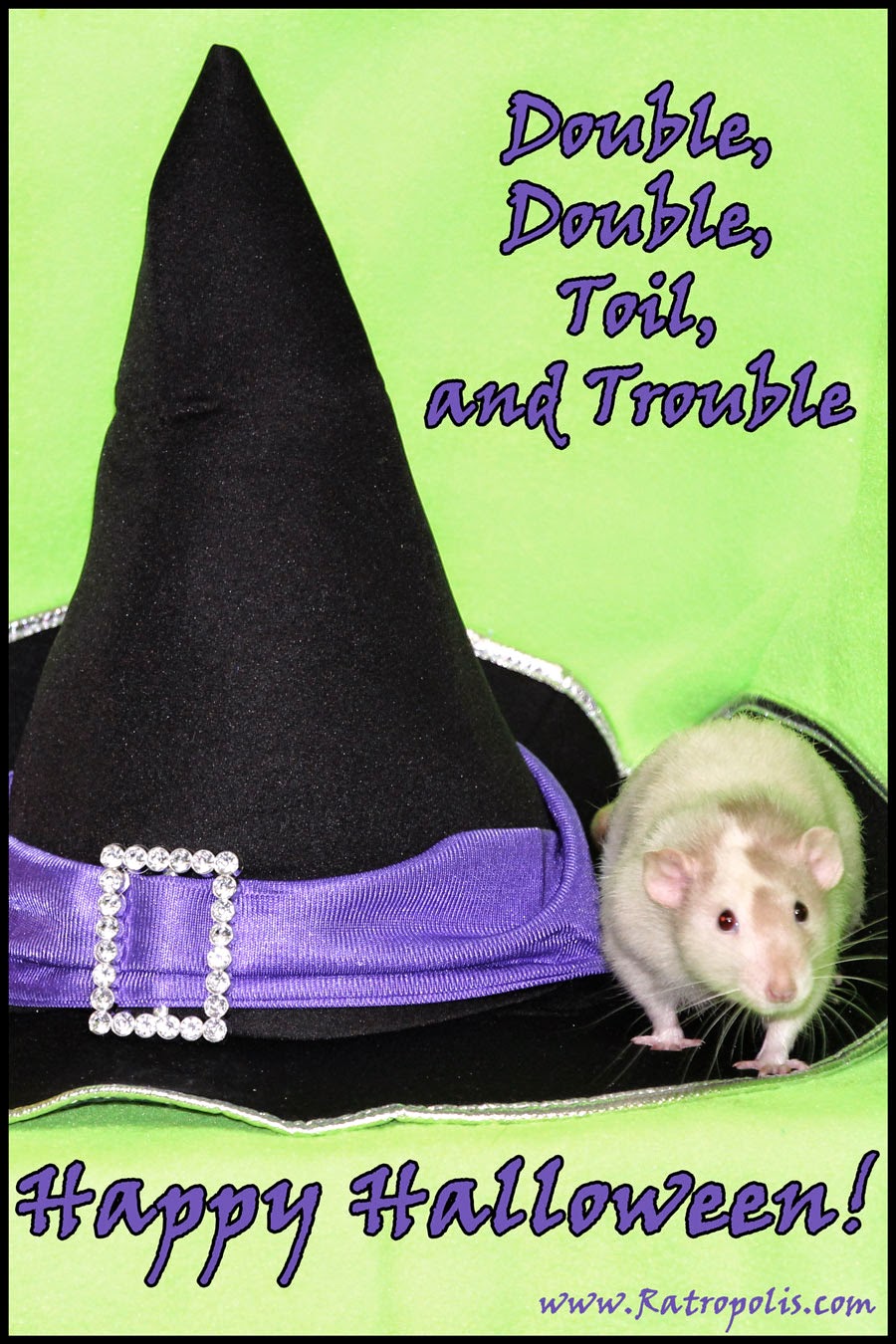 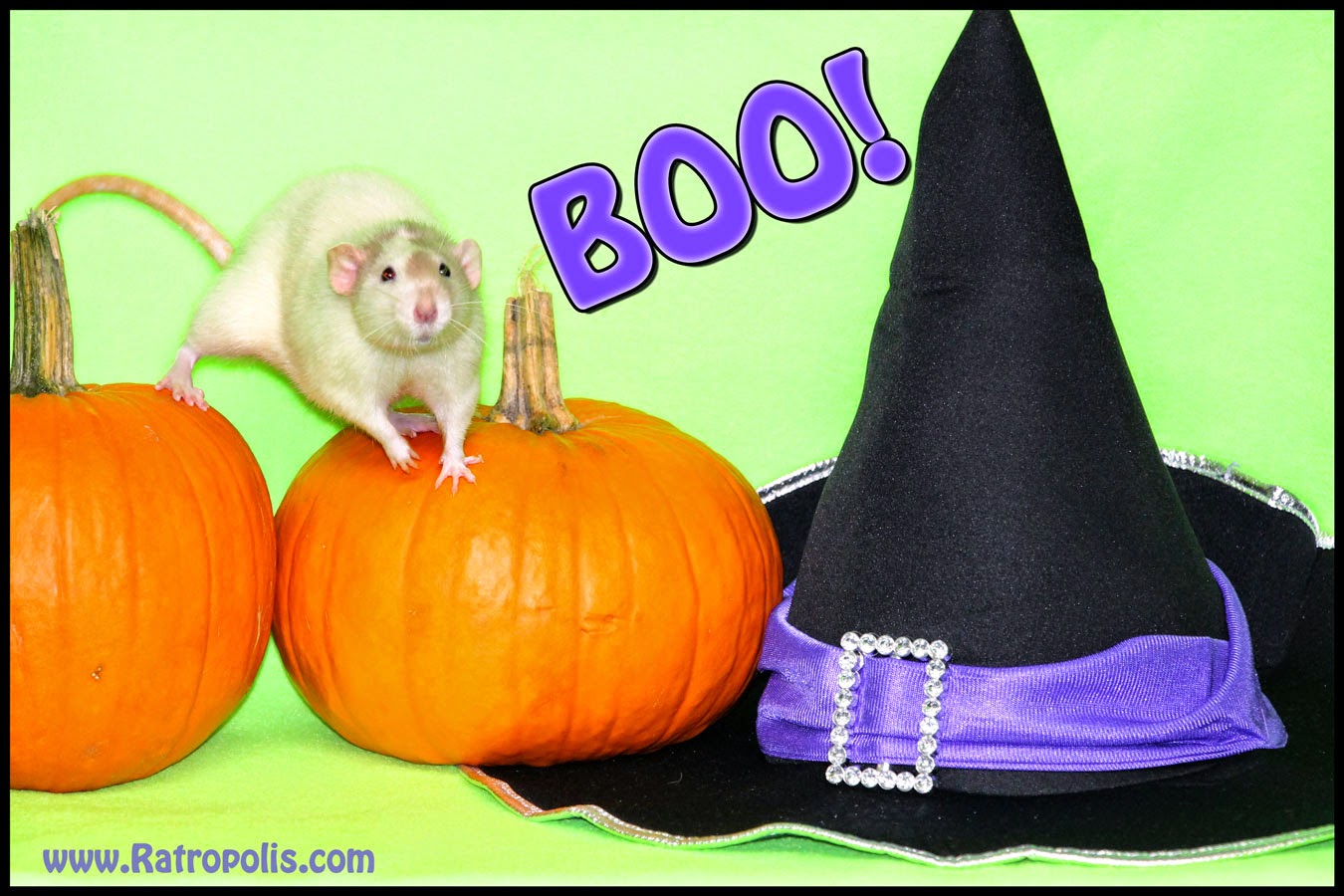 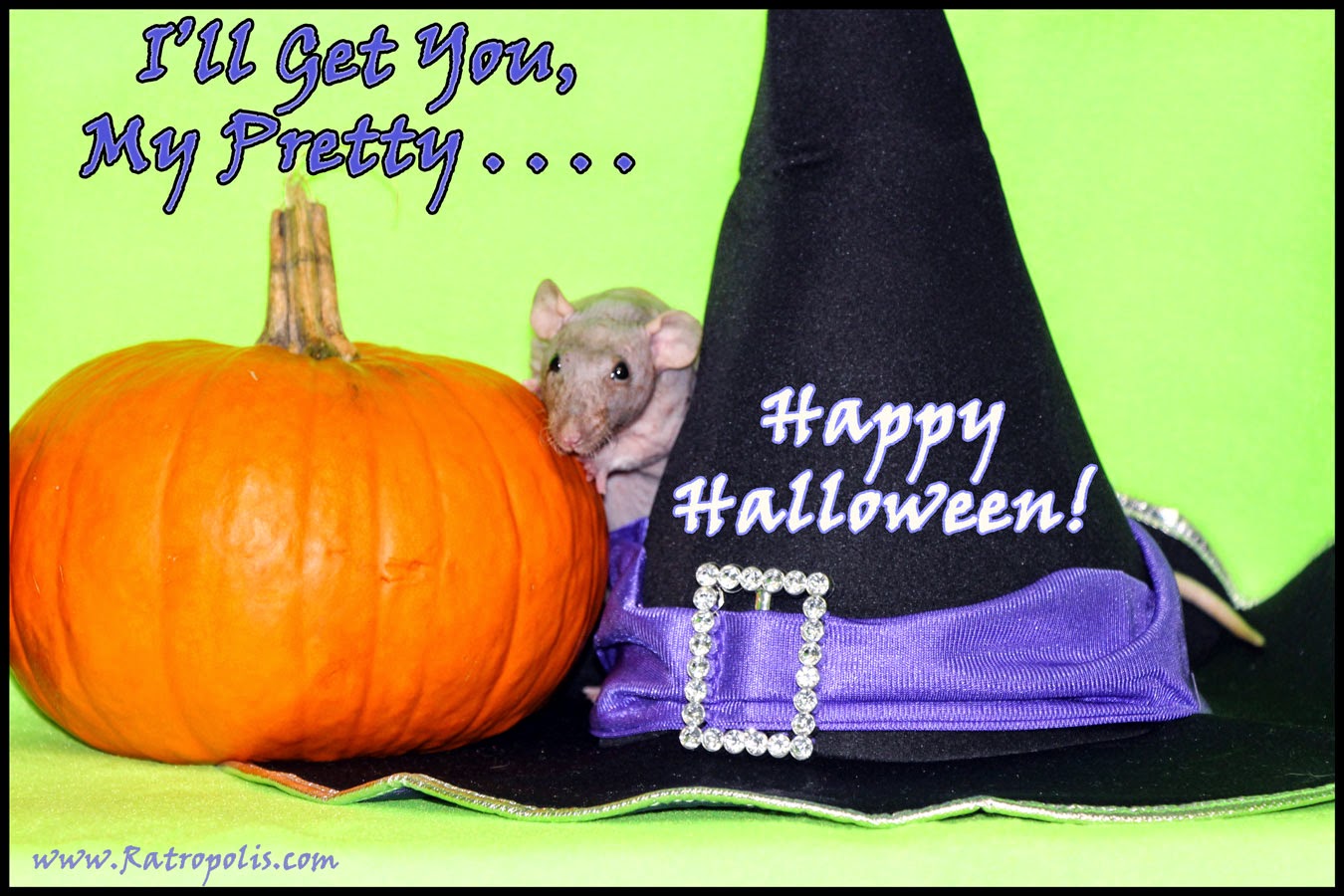 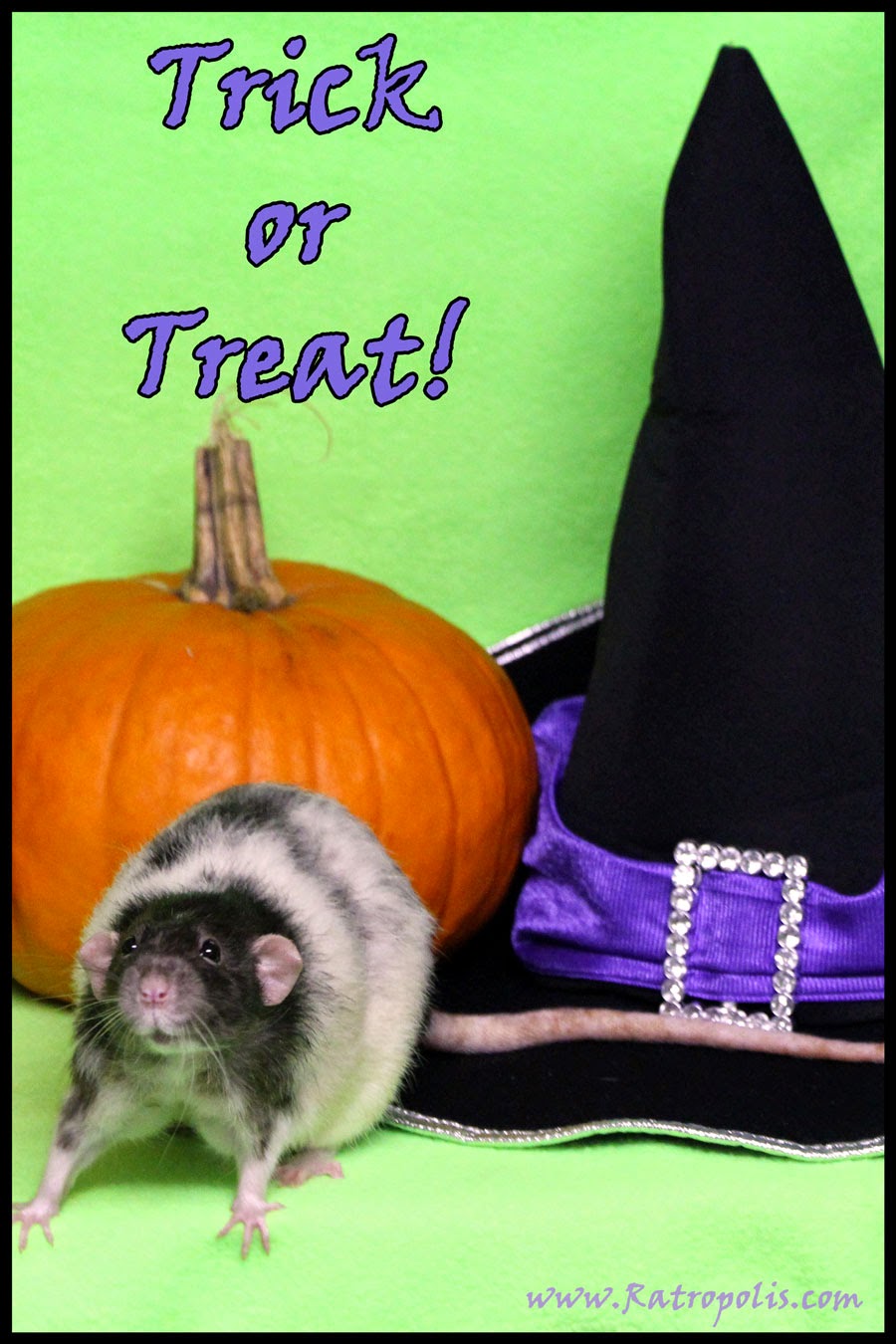 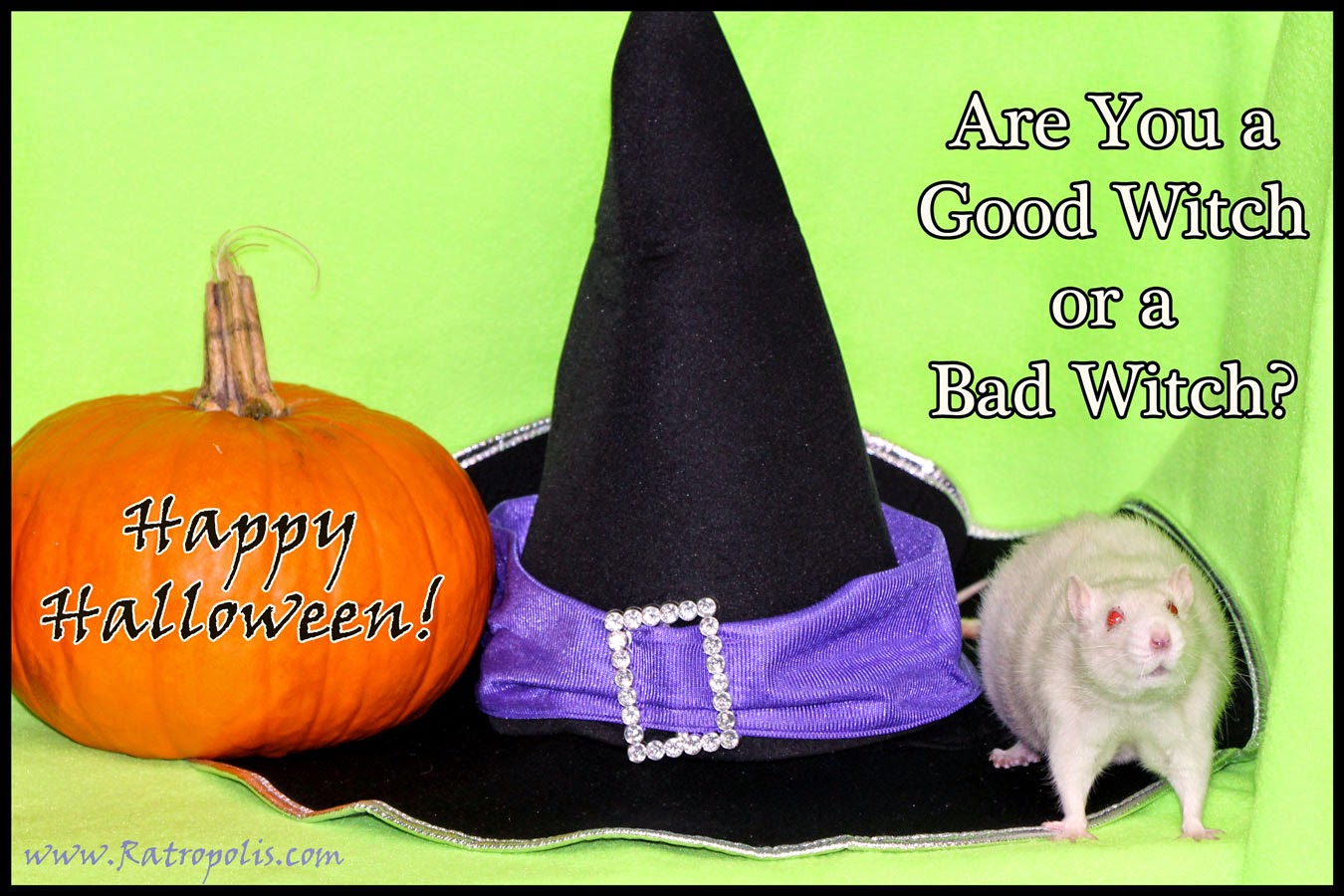 Posted by Ratropolis at 7:18 AM No comments:


A week ago Tuesday, Burt saw the vet. Turns out, the wounds on his back were very deep and pockets of infection had developed deep under the skin. The wounds on his thigh and at the base of his tail were healing fine, though. They looked nasty, but they were mainly scabs on the surface of the skin that were healing up.

The vet shaved his fur on his back near the wounds and drained the infected pockets, then closed his wounds with staples. We were given trimethoprim sulfa, an antibiotic that is very effective for infections of the skin, and some chlorhexidine antiseptic solution with which to clean his wounds. His weight had dropped considerably. Pre-neuter, he had been 720 grams. At his post-neuter appointment, he weighed 690 grams. At this appointment, he weighed 609 grams. The vet believed it was because of the infection that he was losing weight.

During the course of the week, while cleaning the scab on his back, the scab came loose revealing more pus underneath. I cleaned out the pus as well as I could and the wound scabbed back over again.

Yesterday, Burt went back to the vet for a follow-up and to get his staples removed. This time, he weighed 640 grams, so he was putting back on some of that lost weight. The vet said he was looking much better. The wound on his thigh was kind of swollen, but she aspirated it and didn't find any pus, so it may just be that it is near a lymph node and the node is swollen. We are keeping an eye on that. It should shrink with time. All of the other wounds look pretty well healed.

I am looking forward to the opportunity to restart introductions. Introductions with Ruby to the three new boys have gone really well during the time that Burt has been recooperating. The two intact boys, however, just can't seem to figure out why she never goes into heat and that seems to either fascinate or frustrate them. They constantly want to get a whiff of her lady parts and she doesn't want any part of that. But aside from such annoyances, they have all gotten along just fine.

Now that it is almost a month after the neuters, I think things will go much better for Burt and Hammie. Both rats seem to have calmed down considerably since the altercation that caused Burt's problems. It would be nice to have all five rats living together.
Posted by Ratropolis at 9:25 AM No comments:

Rats in the News: Rats Are the New Dogs Article: Rats Are the New Dogs from the Aquinian

Some good press for rats in Canada. I have always believed that rats are the closest small animal pet to dogs that you could get. I am glad others feel the same way.
Posted by Ratropolis at 9:14 AM No comments:

As I posted earlier, Burt and Hammie did not have a very good go at our first attempt at introductions post-neuter and both ended up with small injuries. I normally don't worry much about skin wounds on rats. Rats heal extremely quickly and usually without incident, as was the case for Hammie, who is as good as new.

Burt's wounds, however, scabbed over. I was concerned when, a week later, his injuries seemed worse than when they started. I called the vet and made an appointment for him, but the earliest he can be seen is Tuesday. In the meantime, I gave Burt a bath (that he did not appreciate) and cleaned off the injured areas to the best of my ability.

One particularly large scabby area cleaned up rather nicely and ended up looking like this: 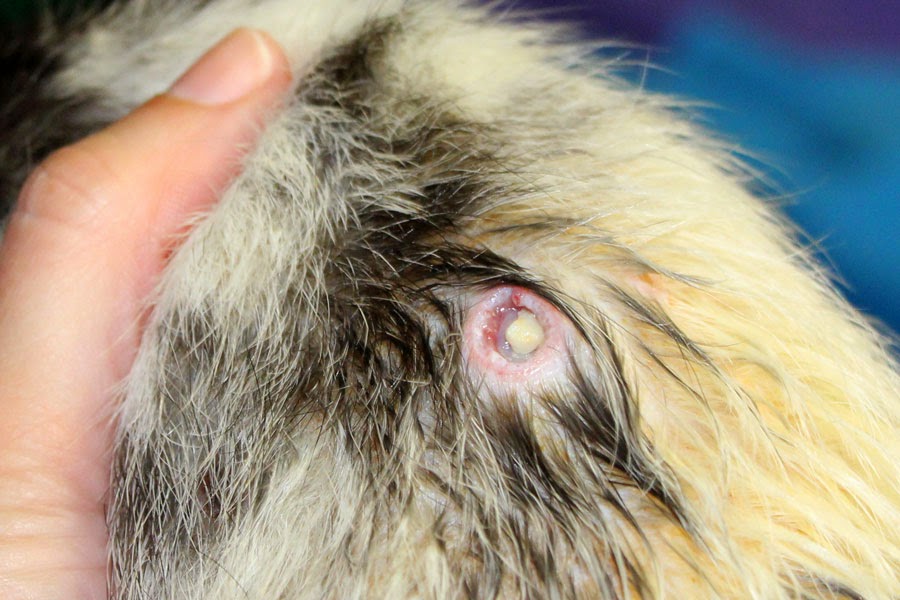 I assumed this was an abscess that had come to a head, but I could not express what looked like pus - not with pressure or with massage from a warm wet wash cloth. Burt really did not like me messing with it, so I went to the online forums for help and learned that there is a good chance this is a cyst and not an abscess.

I decided to leave it alone and keep things clean until his appointment. I do not know what caused the cyst or if it is related to his squirmish with Hammie. Maybe the vet will have some answers for me.

His other injuries look like scabs. Because it is unusual for injuries to scab like this, I suspect there is some sort of skin infection involved that may be related to the cyst or that may have caused/worsened it. The shampoo I am using a chlorhexidine shampoo to bathe him. It is an antiseptic that may help if a skin infection is complicating things. I checked his neuter site and that is clean, healthy, and unaffected.

Despite these issues, Burt has been a real sweetheart lately. His neuter has softened his control-freak nature and he is much more laid back than he used to be. He sometimes lays next to me and boggles when I rub behind his ears. He no longer paces along the cage walls or bites the bars or chews the tray when the other rats are out. He is calm and relaxed. If we can get these skin problems cleared up, I am hopeful that a second attempt at intros may go better than the first. In the mean time, Ruby is keeping him comfortable and happy in the lower half of the DCN. 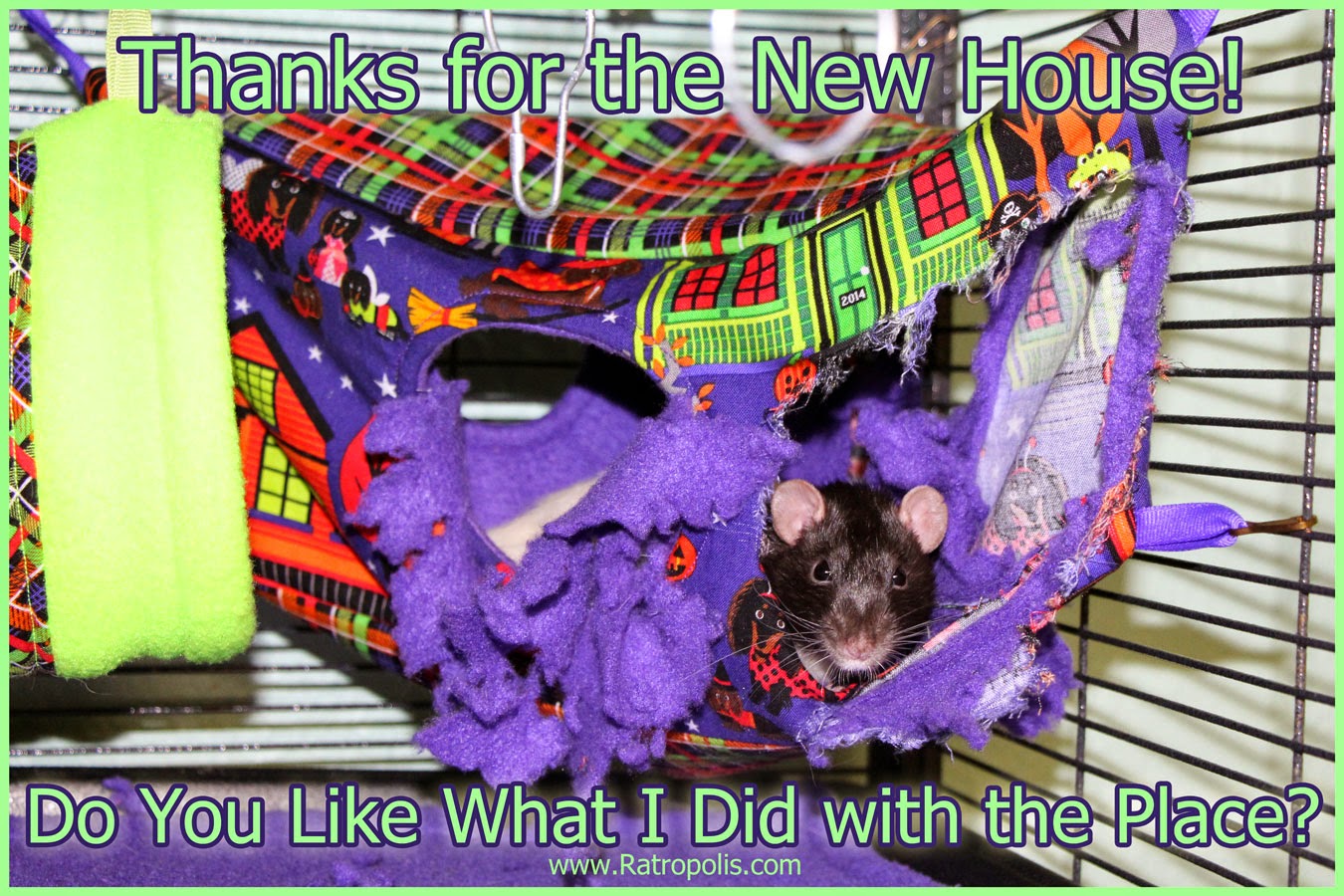