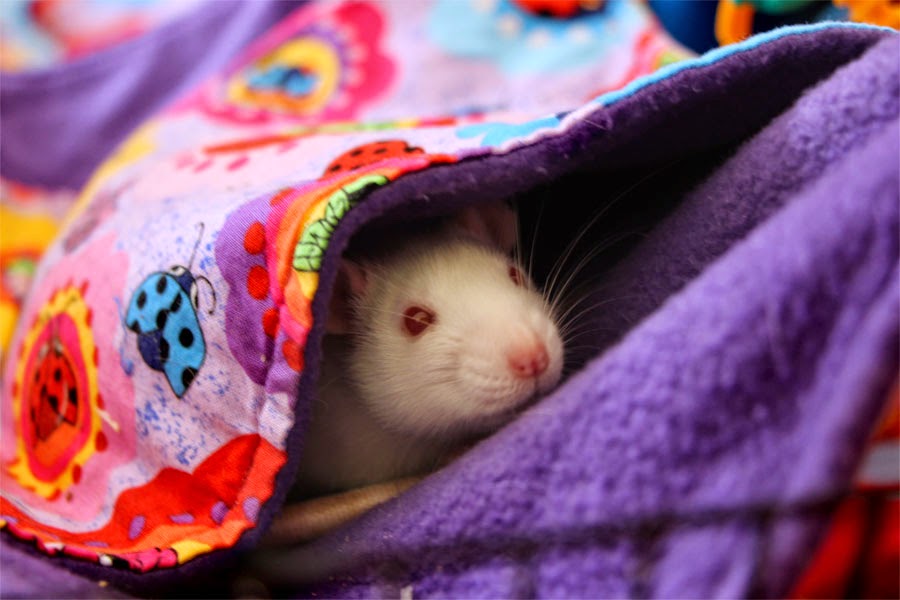 Tonight, we had to say goodbye to our sweet pink-eyed white rattie, Ruby.  Ruby would have turned two sometime this month (April), but we are unsure of her exact birthdate. She had been suffering from lung tumors, like her sister Bela. Prednisolone helped for a while, but over the last two days, she had been declining rapidly, and tonight she passed away at home.

Ruby was the shyest of the three sisters (Bela and Jo having passed away at a young age in August of last year, both with internal tumors). She loved to snuggle with her boys in the hammocks (Pirate first, then Burt, Hammie, and Jeremy). She was an Olympic wheel runner and could really get the wheel going in her youth. She never gave it up. Even when she grew to be quite a chunky little thing, she could still be found giving that wheel a spin from time to time.

Ruby was a sweet and gentle soul and she will be missed. Play hard at the Bridge, Miss Ruby - Bela, Jo, and Pirate have been waiting for you.
Posted by Ratropolis at 11:16 PM