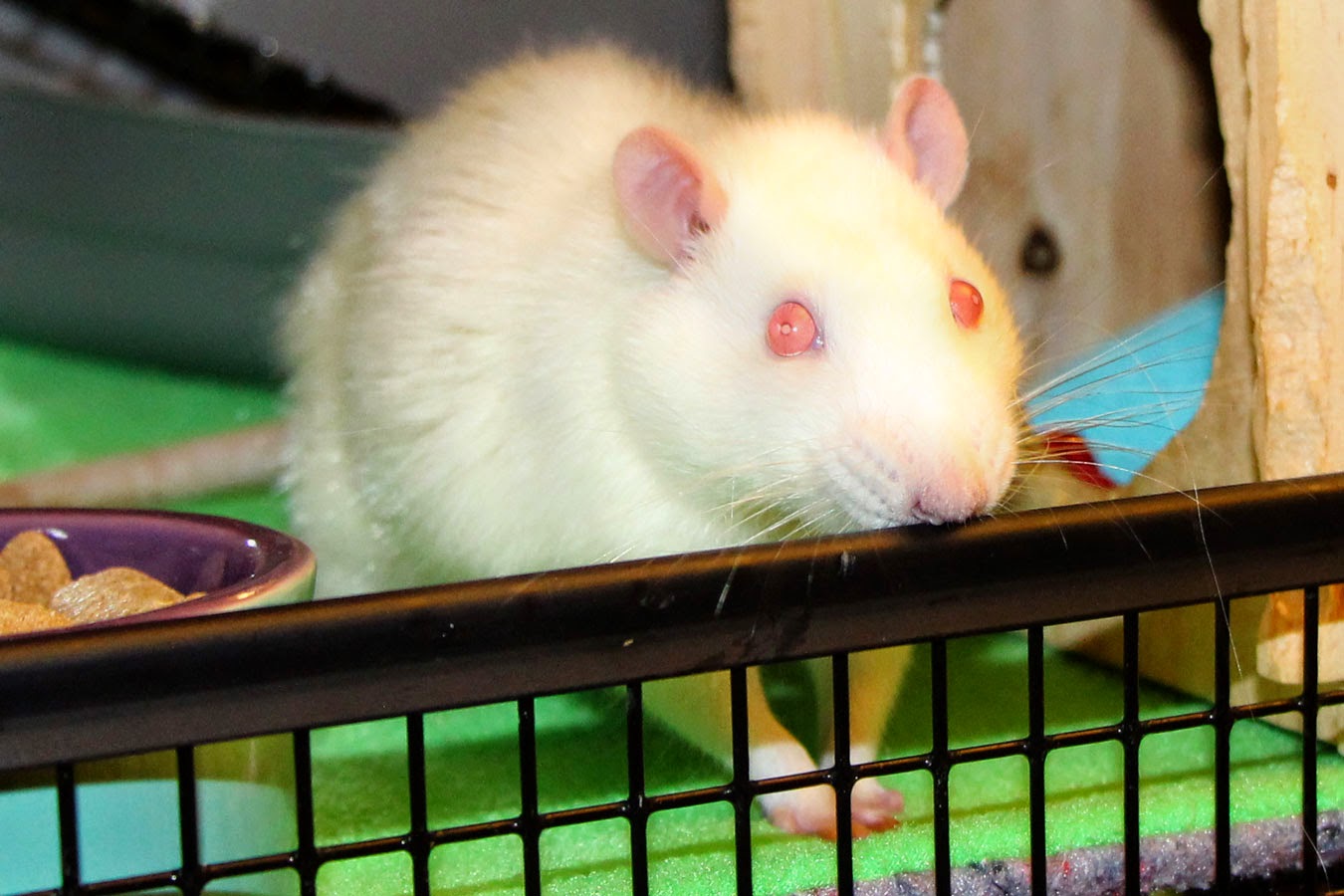 This is Casper. He is around 1 1/2 years old. I heard about him from a friend who volunteers for the Illinois Doberman Rescue Plus (Casper is a Plus!). He was looking for a new home because his mom has a very sick dog at home who needs a lot of medical care and TLC and special attention due to a rare infection, and she was not left with enough time to give him the time and attention he needs. Casper has always been a lone rat, so he needs extra time and attention, and it was a hard decision for his mom, but she decided that his needs might be better met in a home that had more time to devote to him.

We were supposed to pick Casper up on Wednesday, but he developed respiratory symptoms that day and so his mom kept him for a few more days and started him on medication for a URI. We picked him up on Saturday instead and he is settling in. We have an appointment with our vet set up for him on Wednesday so that she can check on his progress. 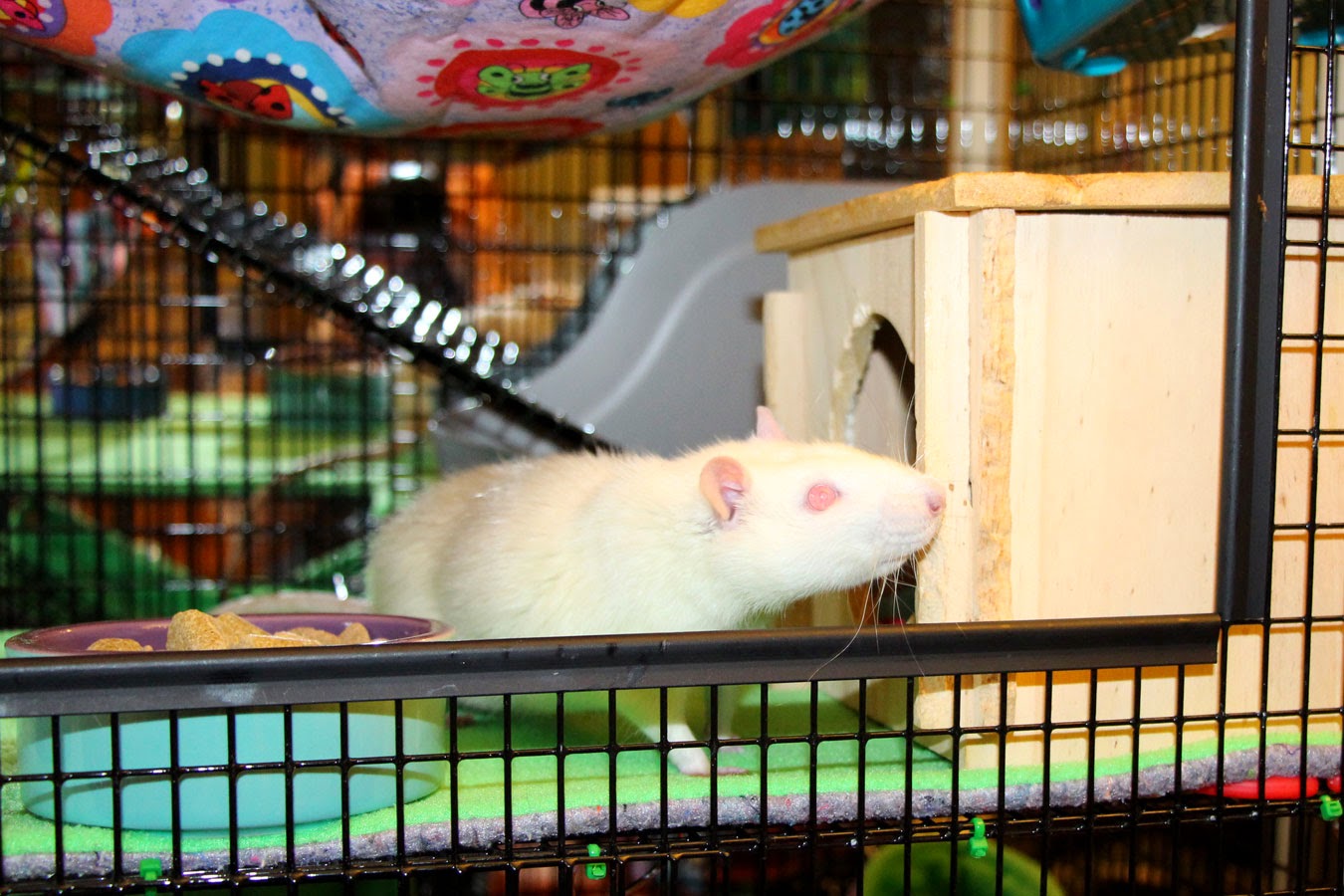 His breathing sounds okay to me most of the time, but he does seem to have extra heavy and somewhat irregular respiration that has me concerned. It may look worse than it is because he is a thin rat and so his breathing movements are more pronounced, but I am still anxious to have our vet take a look and see what she thinks. The heavy breathing gets worse when he exerts himself a lot - so we are trying to keep him calm and stress free as much as possible.

We are also trying to get him to eat a little more. His owner explained that he has always been a thin rat, but I am concerned because there is little buffer for him to lose weight if he should become ill. I believe he has been eating his rat block, but not around me - mainly at night. However, he is not very interested in snacks. He usually rejects things like cereal and most of the veggies I have offered. He does like lettuce and has sampled grapes and bananas and the occasional pea. He likes yogurt and oatmeal and took a little piece of chicken this morning and some scrambled egg. So he is eating, but not as much as I would like. It may just be that he needs to become familiar with the different foods we are offering, and I am trying to mix it up and try different things to see what he will accept.

It also might help if we can introduce him successfully to our existing rats because rats often learn what is safe and yummy to eat by watching what other rats eat. However, I don't want to begin with anything stressful like introductions until we know more about the state of his health. Since stress seems to lead to fast breathing, I don't want to even touch on that until he has seen our vet and has been cleared for that.

Emotionally, he seems to be adjusting to a new home really well. He is incredibly friendly and gentle and loves to explore during out time. He especially likes the rat tubes and runs through them and on top of them and will stop to rest inside of them. He doesn't seem to care for hammocks and likes to sleep out in the open. I added more huts to his cage instead, but he still seems to prefer the open, although I have caught him resting inside the cube or in one of the wooden huts on occasion.