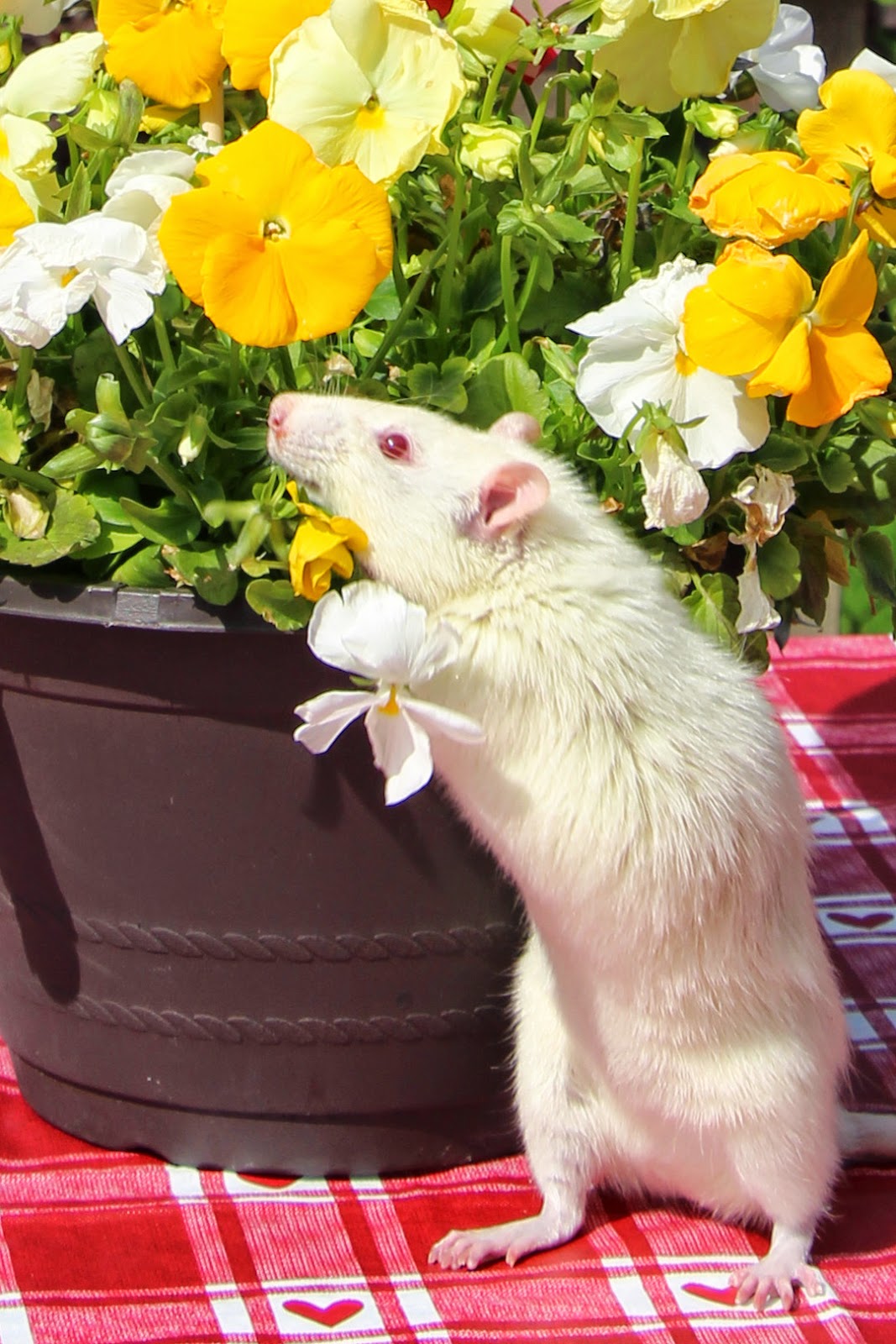 Casper has been on steroids for a week now. I am not sure whether it has had any effect on the tumor, but it has definitely helped his appetite. He still is not eating dry solid food, but he is eating more of the softer foods. He takes yogurt with strawberry Ensure very well, so that is helping him get his nutrients. He is also eating quite a bit of turkey and sweet potato baby food. He accepts scrambled eggs, hard boiled egg - particularly the yolk, and even an eggfood I make for my birds, consisting of finely grated hardboiled egg, breadcrumbs, and finely grated carrot. He will also have a bit of oatmeal. And he will occasionally pick from other foods (broccoli, banana, grapes, sunflower seeds, lettuce) - the other day, he swiped a piece of Cinnamon Toast Crunch from my son and ate the whole thing. Okay, Cinnamon Toast Crunch isn't high on my list of rat treats, but when you have been diagnosed with a massive lung tumor and your time here is short, you can have a piece of Cinnamon Toast Crunch if that is what you want. Anyway, he is broadening his dietary horizons and is eating more of the things he was eating before.

I weighed him last night and he had gained 20 grams over what he weighed at the vet a week ago, so it is not just my imagination. And to be putting on weight instead of losing it is a really good sign. I always fear with advanced illness like this that malnutrition from poor appetite is likely to do a rat in before the illness itself. So it is really good to see him eating better and putting on weight.

Casper was looking really good Thursday morning, so I took him out for some photos, hoping to get something I can use for a Memorial Day picture. Wow, does the camera love him! He looks so good that I don't see any hint of Cancer Rat in him! It is so wonderful to see him looking so good, I wanted to share some of his photos. 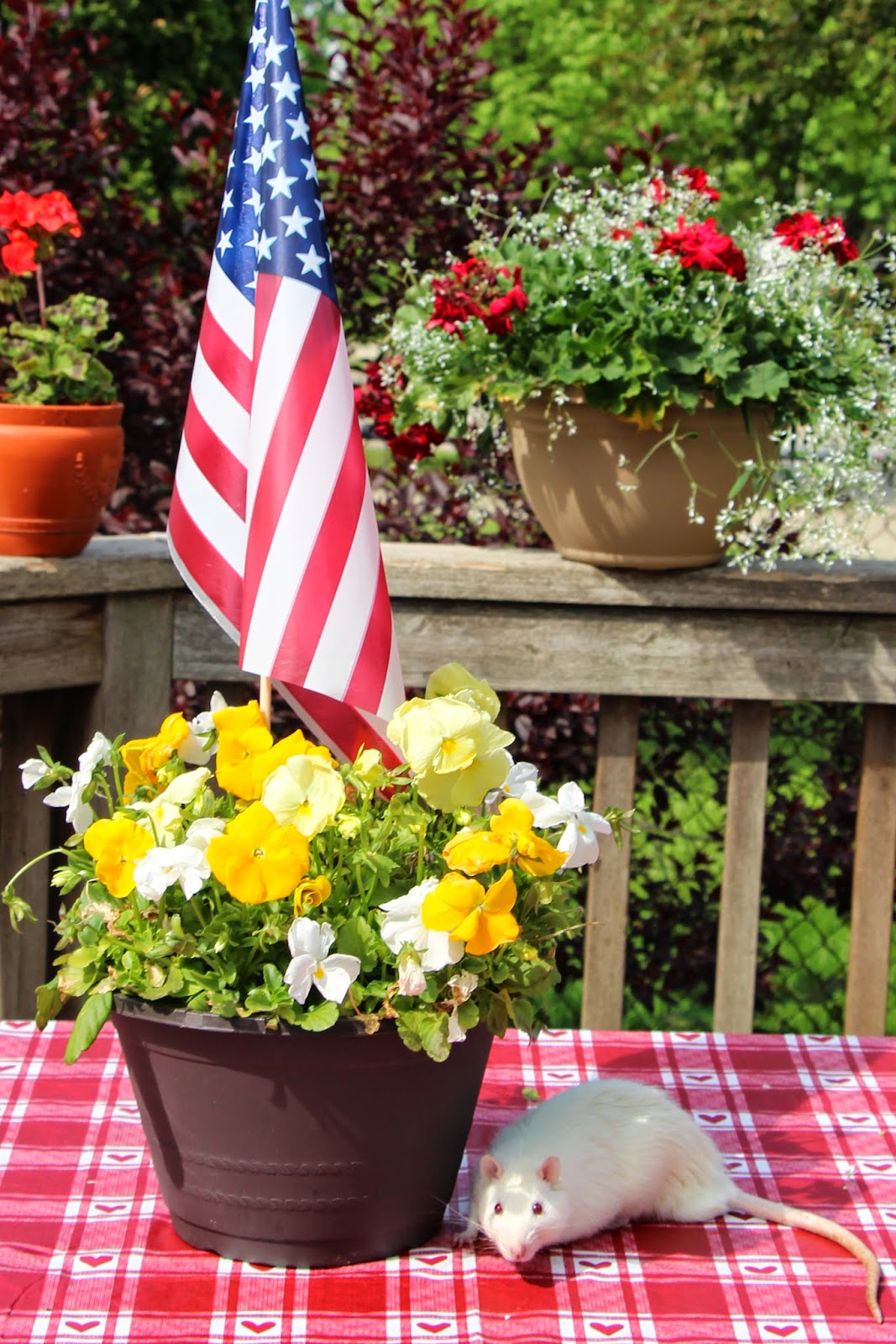 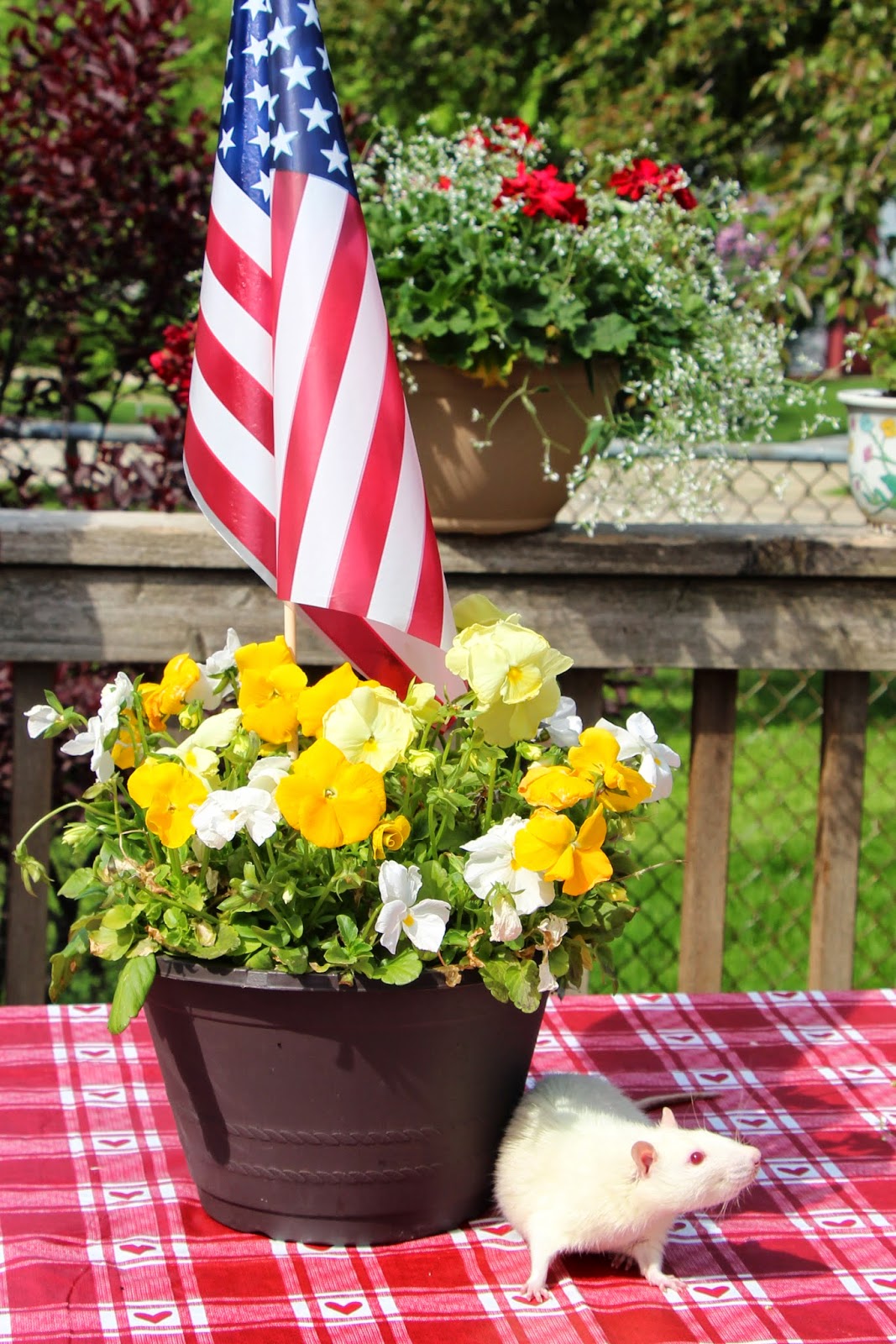 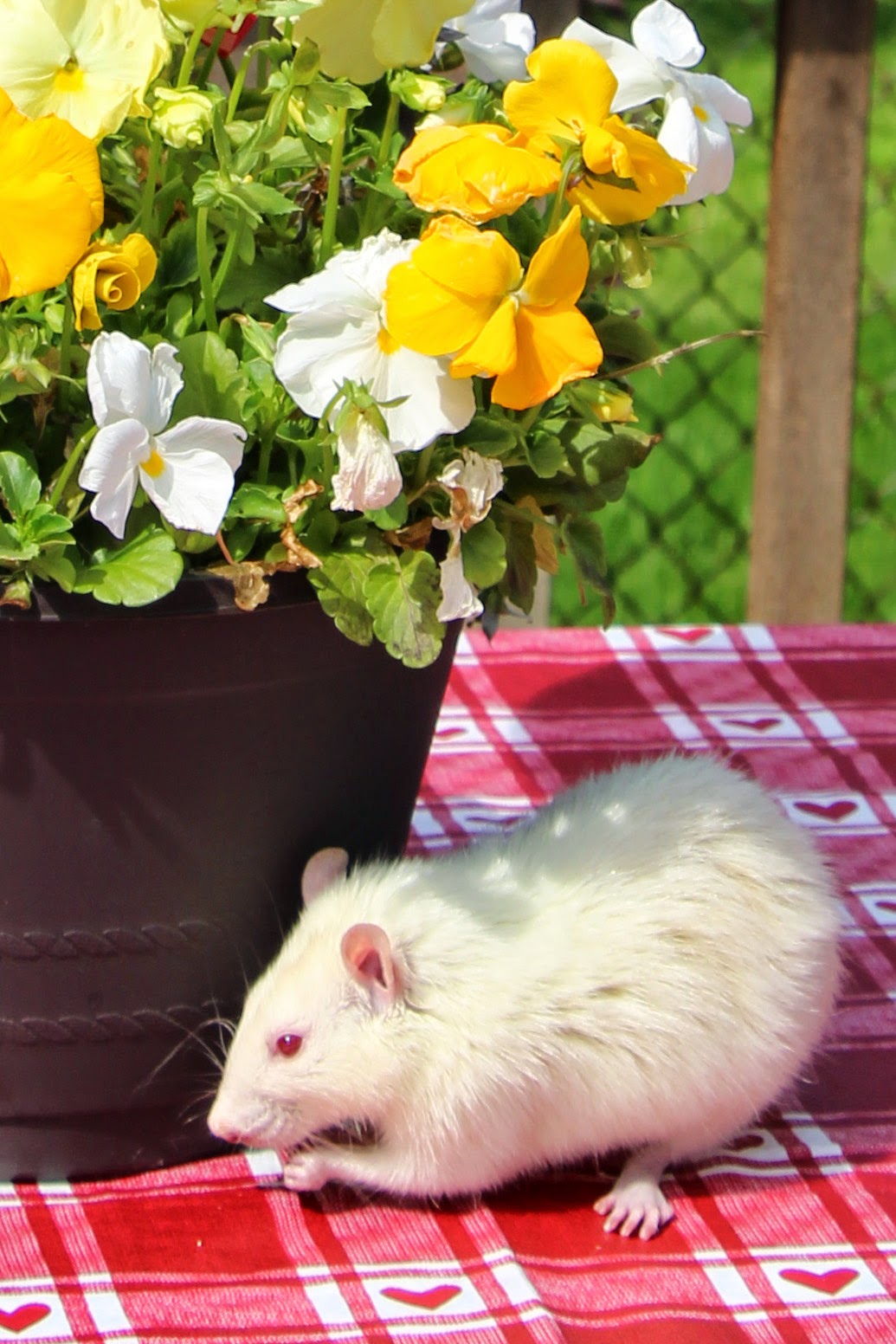 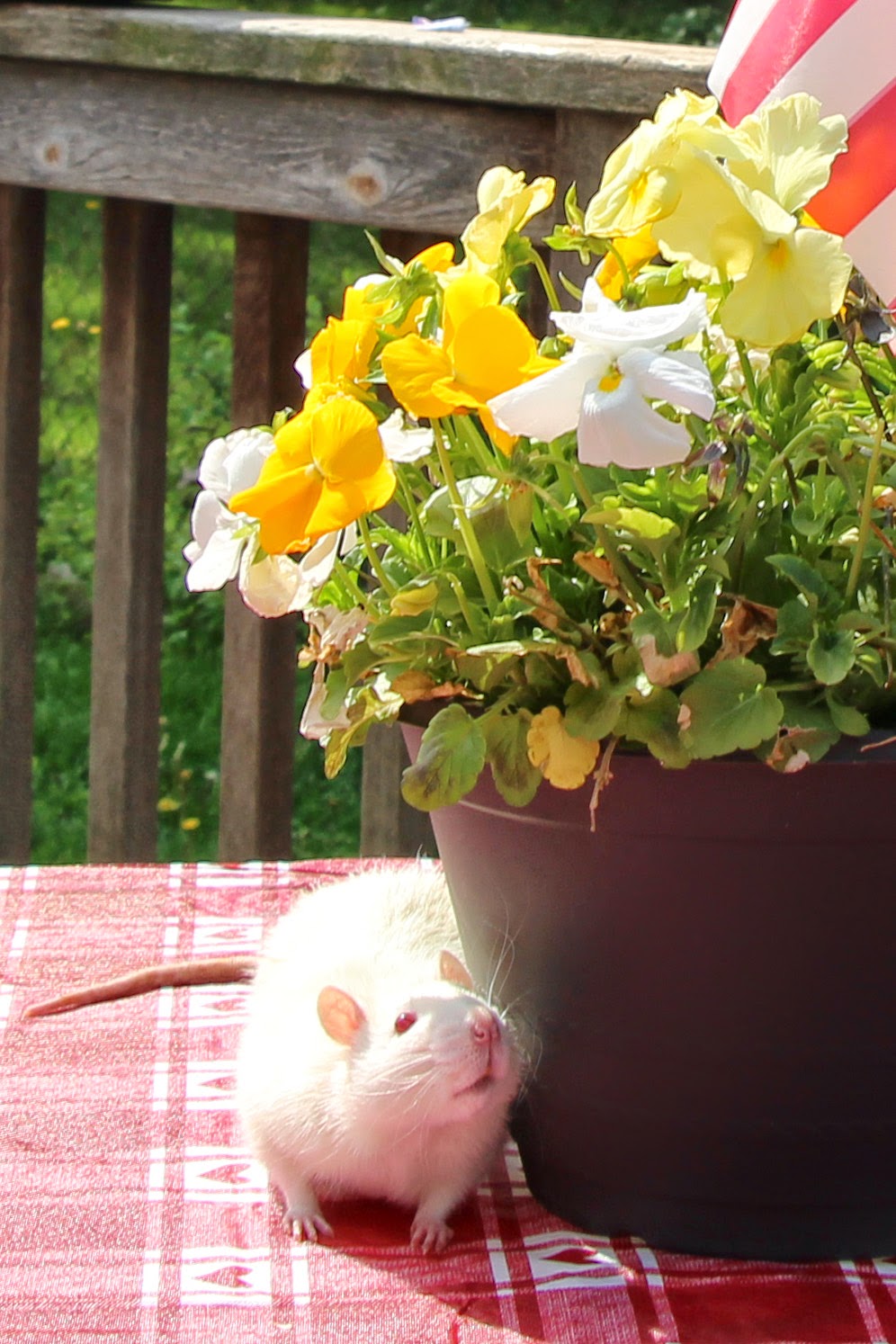 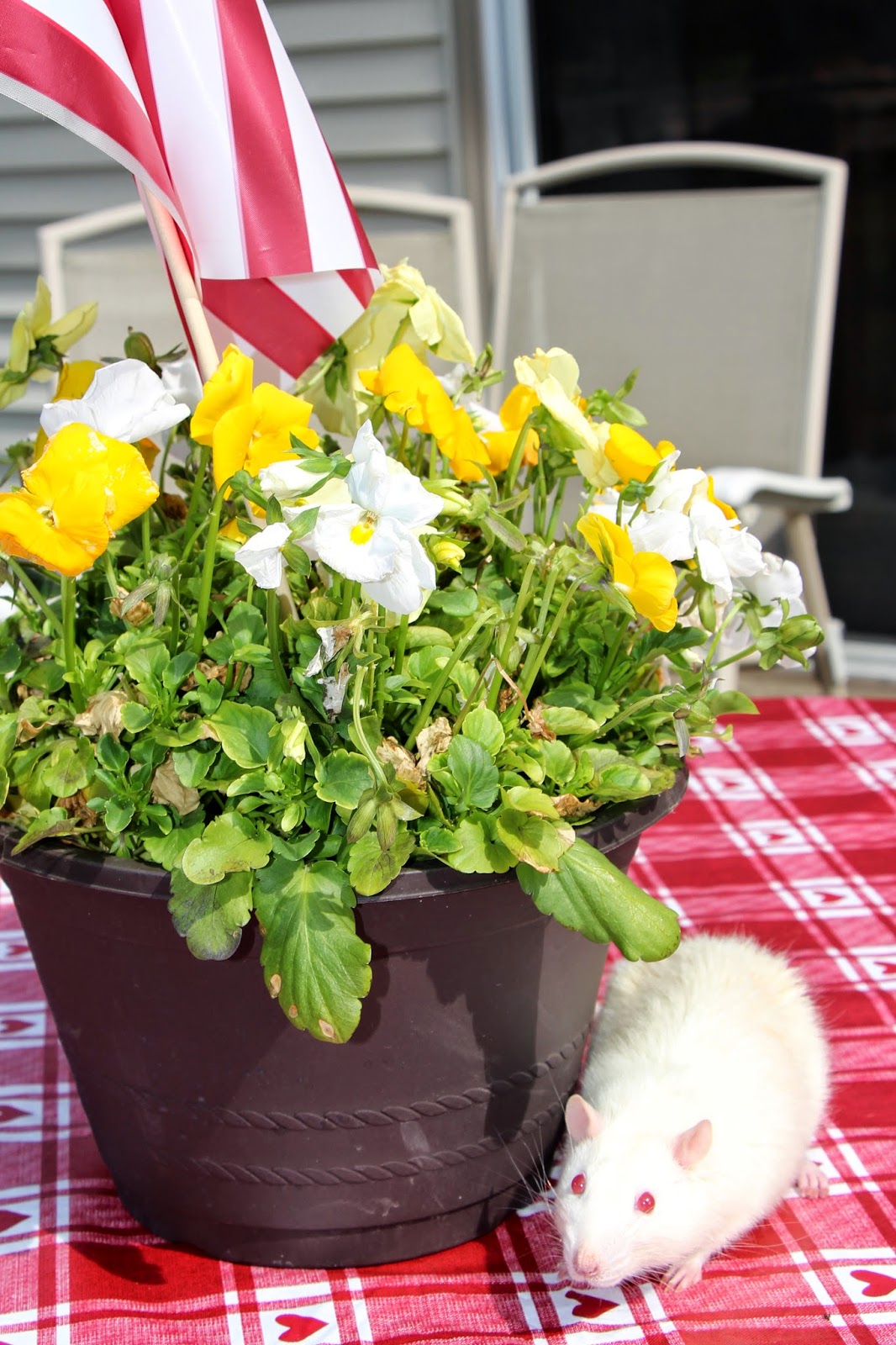 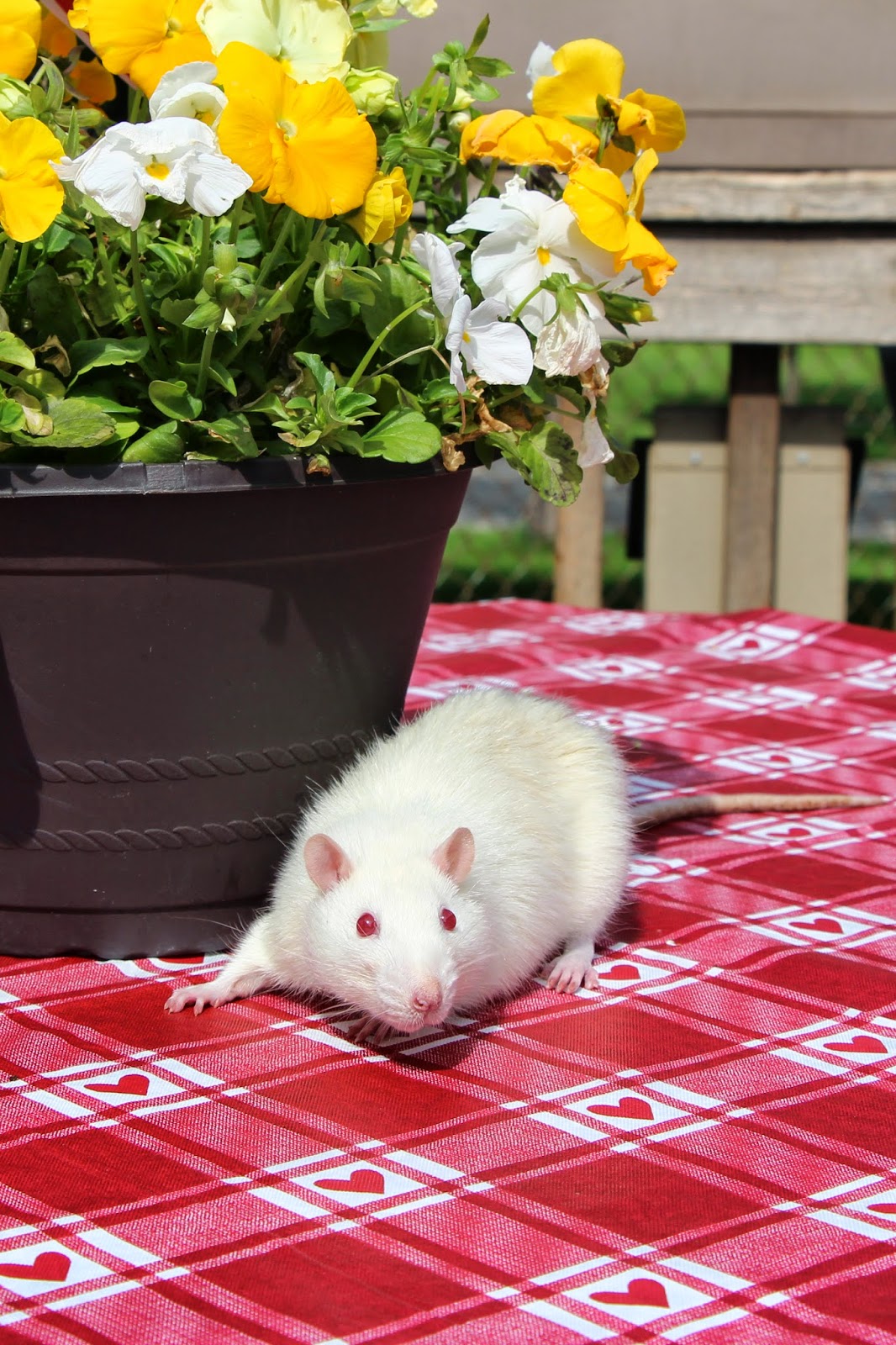 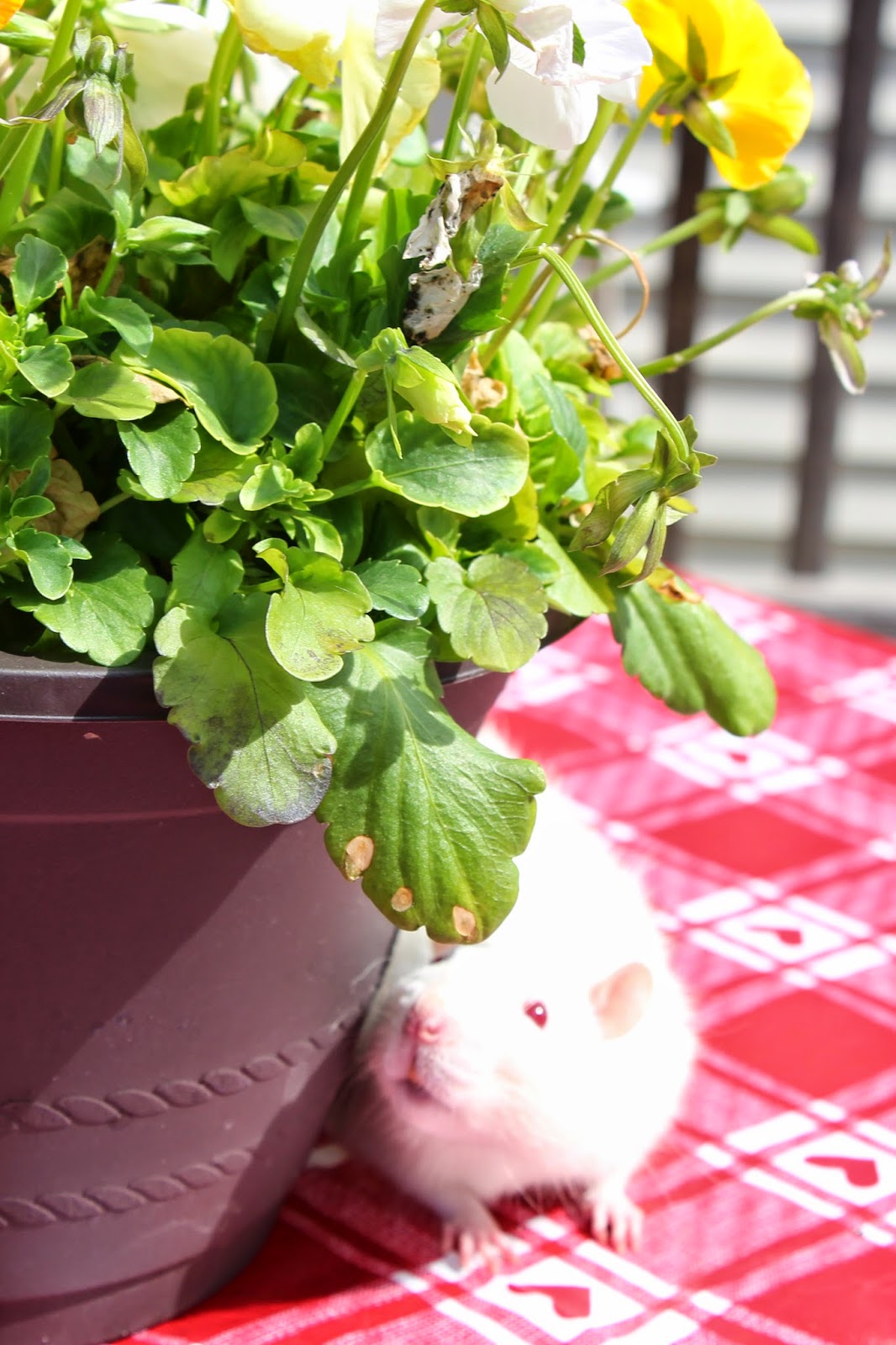 NOTE: Since these photos were intended to get a good Memorial Day picture, I originally wanted to use a pot of red and white geraniums, which would have been more patriotic looking. However, after researching geraniums on the poisonous plants list, I found them listed, so I switched to a pot of yellow pansies instead. Not as patriotic as the geraniums, but non-toxic and safe for our ratties. This is just a reminder to always check the poisonous plants list before exposing your ratties to live plants for photos or play.