Update on the Zilla Liners 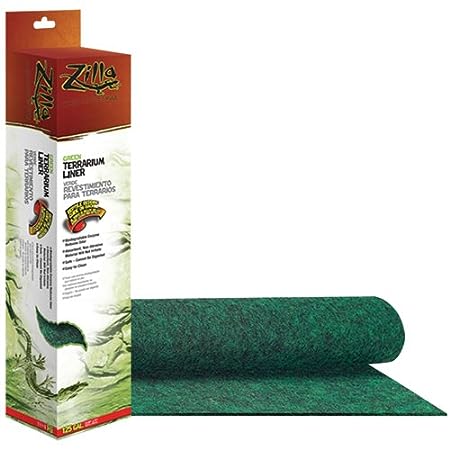 We started using Zilla Terrarium Liners back in mid-May to see how they would hold up as liners for a rat cage. After using them for about 2 1/2 months, we have drawn a few conclusions.

The Zilla liners are working fine for us in Loki's cage. Loki has never chewed the liners and they have been controlling odor in his cage just fine. The best way to clean them has been to first rinse them out really well until much of the urine has run out. Then, soaking them for a while in cold water is helpful - to help loosen up the food particles that get stuck in the material. Sometimes, a little scrubbing of those areas is needed. I do the soaking in a utility sink, but a bathtub would also work.

The Zilla liners also held up well for Pirate when he was alone in the Critter Nation. Like Loki, Pirate never chewed on the liners, and when he was by himself, the liners could adequately handle odors.

Adding the 3 new girls to Pirate's cage has changed the dynamics quite a bit. First, the girls are more active chewers. While their hammocks have so far remained pretty much intact, they love to chew scrap pieces of fleece, and they really went to town on one of the Zilla liner pieces. Interestingly, it is always the same piece that gets chewed - the bottom level, left side piece. The other pieces remain pretty much intact - or occasionally get a little nibbled on in a corner. This is true for both sets of liners - it is always the same piece that has been chewed. This is what it looks like today:

Replacing that piece is not a big deal (and I can even reuse the intact portion to line a shelf in the Martin's cage). However, lately, the Zilla liners have been struggling to control the odors in the cage. This was certainly expected, since a large cage holding four rats will become smelly much faster than the same cage holding one rat, but it seems that the cage becomes very smelly even the day after a thorough cage cleaning.

I have also noticed that when I pull up the liners, there are shiny urine puddle stains on the plastic trays beneath. This implies to me that the liners are not doing a good enough job of absorbing all the urine produced by this many rats. It could be that the liners have just reached the end of their usefulness and need to be replaced (although Loki's liners are still absorbing fine).

For now, I am switching back to fleece and towels in the Critter Nation to see how they compare with the same rats in the same conditions. My Critter Nation liners are made by sewing fleece into a sort of pillow case that fits over the Critter Nation plastic trays. I put a towel on top of the tray and then slipe the liner over tray and towel, then fold the open end under the tray (large binder clips can be used to better secure the opening shut). I believe that the towels will be more absorbant than the Zilla liners, but I also fear that the new rats will chew to get down to the towel - or pull the towel up through the opening in the fleece liner - and will then chew the towels. This is not a big deal, except that I worry that the loose strings that get produced when the towels are chewed will end up a hazard in the cage.

I am interested to see whether the fleece holds up longer than the Zilla liners or whether it is shredded even quicker. The nice thing about the Zilla is that the rats can't burrow underneath, so there is not as much incentive to chew it in order to get underneath it. The fleece is a different story, as Mystery and Weasel used to chew and burrow when they were young.

I am sticking with the Zilla for now in Loki's cage, because for him it seems to be working well and it makes cage cleaning day easier for me. But I think towels and fleece may be better when there are more rats - at least as far as odor control goes.