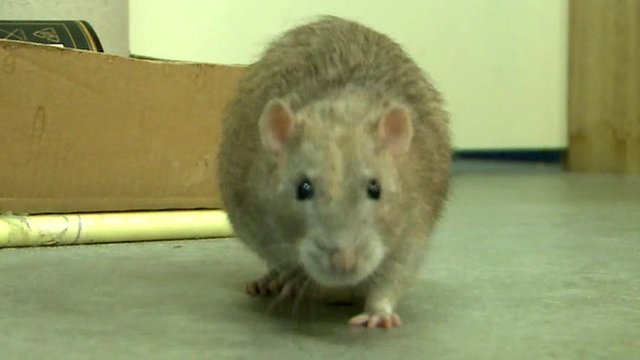 Update 9/14/13: I realized last night these may be some of the same rats reported earlier, as Holland is a part of the Netherlands. I was fooled by the fact that these rats are detecting things other than gun powder residue.

Hot on the heels of the story about rats sniffing out gunpowder residue in the Netherlands, comes another story about crime-fighting rats in Europe. This time, five rat detectives are being trained in Holland, to detect blood, explosives, and drugs.

This article includes a video (in English this time!) introducing us to the five rats, named after famous fictional detectives, and showing them in action.

Holland's Sniffer Rats Have a Nose for Crime Fighting

Posted by Ratropolis at 9:34 PM