Hammie Picked up a Respiratory Infection


Hammie started sneezing right before Christmas. For a few days, he just wanted to hang out in his hammock and sleep, rather than come out and play. His eyes were narrow and not so bright.

We brought him into the vet the day after Christmas. His lungs were clear and the infection appeared to be confined to the upper respiratory system (nose and sinuses). He also had a swollen back left leg. I had noticed him limping the previous weekend, but at the time, his leg was not swollen, and the next day, he appeared to be using it again. Apparently, while he was ill, he either re-injured it, or it had gotten worse, and it was swollen pretty good when the vet looked at him.

Hammie has been on the meds for about 5 days now. His leg is much better and he is back to his active, alert, playful self. The change in his behavior is really remarkable - even my youngest son noticed right away how much better he is. However, he is still sneezing. We decided we will keep him on the meds for another few days to make it a full week, to give the meds more time to kick this thing before deciding whether we need to change meds or finish the course with the existing one. If after a week he is still sneezing, we will switch to another med. I am interested to see what will happen. Hammie really did improve drastically since starting the antibiotic, being back to his normal self except for the sneezing, so it seems like it is working, but until the sneezing stops, it is still up in the air.
Posted by Ratropolis at 4:02 PM No comments: 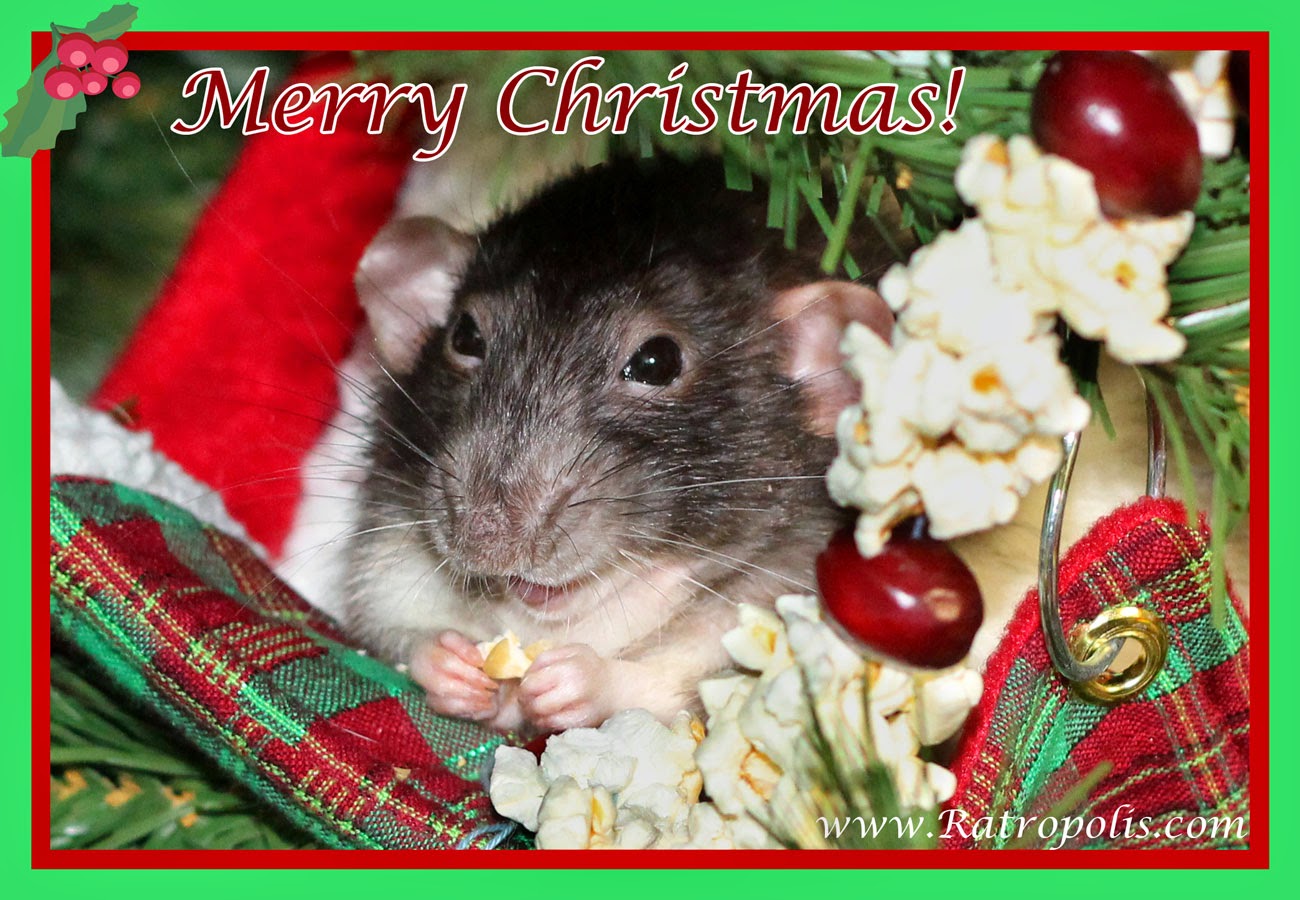 Burt is delighted to find that popcorn grows on Christmas trees! 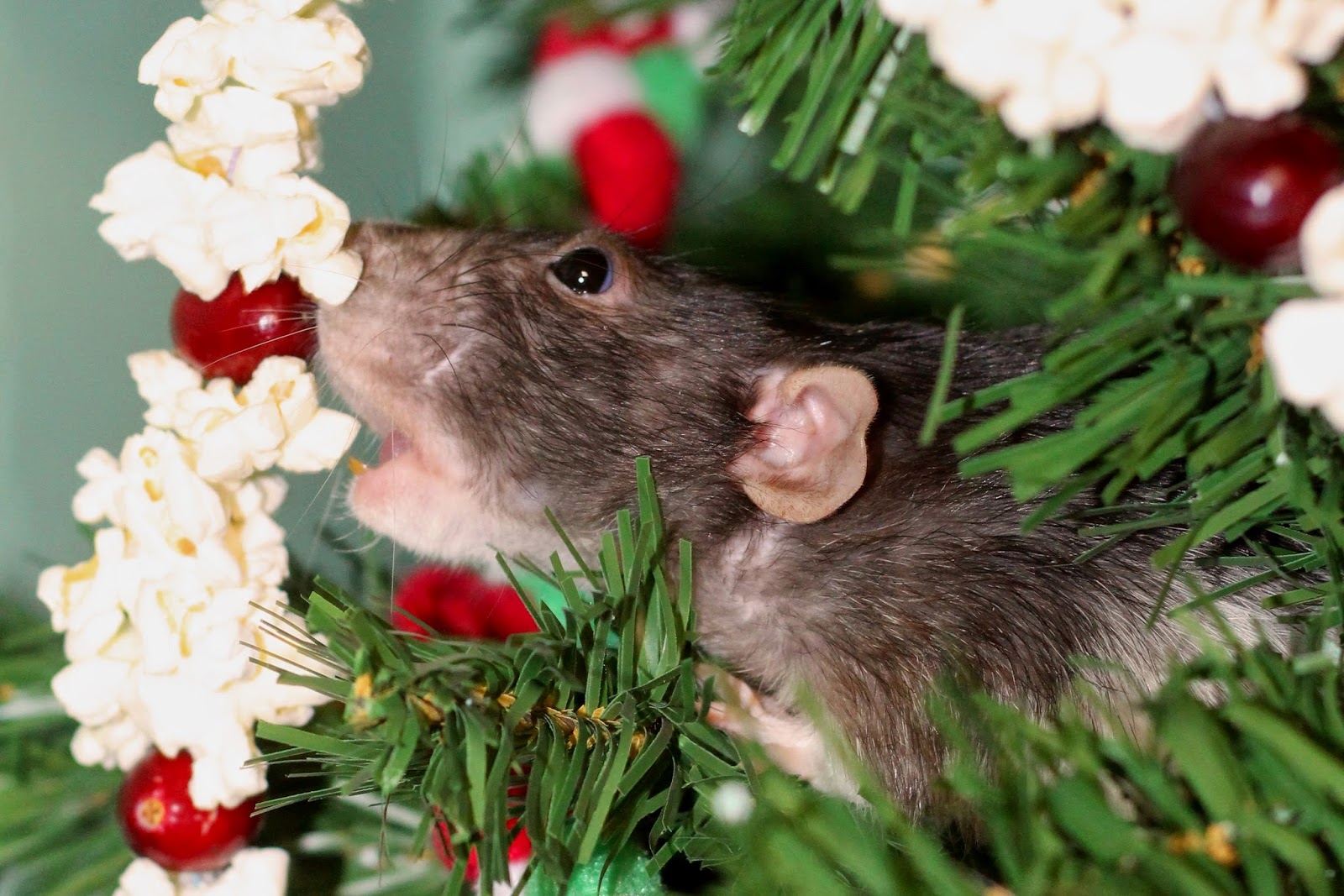 Posted by Ratropolis at 9:17 PM No comments: