Have you ever been frustrated by the fact that the liner color you need is only available for the Top of the Critter Nation and you need it on the bottom? Or Vice Versa?

I am trying out a liner design that could be used on either the top or the bottom as needed. You basically cut the fabric like you would for the top, but only cut one edge of the ramp cutout (I will call this the "notch"), leaving the other edge attached. I cut the short edge, but you could cut the large edge if you prefer.

Sew the fleece to the U-Haul furniture pad like normal, sewing around the notch. Use a small 1/4" seam allowance along the notch (to minimize the notch gap).


Turn the liner right side out and top stitch as desired. In the liners I did, I added top-stitching across the surface of the liners to try to discourage the rats from chewing their way in between the layers of the liner.

The finished liner should look something like mine, shown below:


You can now use this liner on the bottom, using a large binder clip to secure the notch closed:


Or you can use the liner on the top, folding the portion of the liner that covers the ramp opening underneath the liner and securing with a binder clip as shown:

You may not want to go this route if you move heaven and earth to keep your rats from burrowing under the liners, as they will likely be able to get under using the notch when placed on the bottom pan. My current rats have mellowed as they have aged and while they did a lot of liner diving when they were little, they are less inclined to do so now. Only time will tell if this design holds up to my current rats, although I believe it will work as well as the standard design. 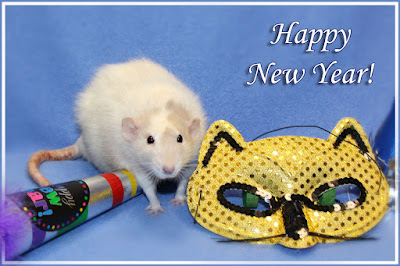 Posted by Ratropolis at 12:04 AM No comments: